Join a stellar group of Technical Directors and Designers for a panel discussion that aims to bring both groups together for a collaborative discussion about how to set each other up for success.

The panelist will discuss deadlines, expectations, schedules, budgets, drawings, and models. Designers and Technical Directors are often working on multiple shows within a given time, which poses challenges when there are specific start and stop dates for working on any given project. The panel will explore the realities of working as a freelancer, as well as a resident.

Designers and Technical Directors rely on other members of the creative and production teams; the panel will share strategies and tools for communication with a diverse range of personalities and preferences.

At the end of the day, we all want the best possible show with the least amount of stress, and hope that this discussion will help everyone get a little bit closer to that ideal. 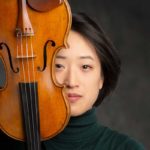 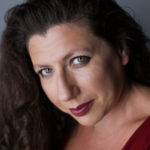 Beth is an award-winning lighting, set, and projection designer, who started in rock&roll at 14, and has since worked with acclaimed directors Daniel Brooks, Jonathan Christenson, Peter Hinton, Jillian Keiley, and Paul Thompson. Highlights: Between Breaths Orchestral (Artistic Fraud), Silence (Grand Theatre/NAC), Vigilante (Catalyst/NAC), Bigger Than Jesus (Wyrd), The Last Donnelly Standing (Blyth), Alice in Wonderland, Ragtime, (Shaw), Sherlock Holmes & The Ravens Curse (Vertigo). Beth was the first Digital Dramaturg hired at The Blyth Festival (2017), and in 2019 she and Neil Christensen co-created Bury The Wren, a ground-breaking Augmented/Virtual Reality/live performance. Commissioned by The Blyth Festival to co-create Airborne a technology-driven play about pilot Lorna Deblicquy with Gil Garratt in 2020, Beth is also the Founder & Artistic Director of Digital Alchemy Performance Lab, funded by the Canada Council’s Digital Strategy Fund. Beth lectures and teaches, is a proud member of the Associated Designers of Canada, an MFA Candidate at the Uof C, and mom to Aaron, who is often in the theatre with her. Visit: playgroundstudios.ca & dacreationlab.com